God’s glory is revealed on nations when they live in His blessing by walking in His ways. One of the ways that God’s glory will cover the earth is by the nations around the world living in His blessing. For this reason, God is in the business of nation-building. Nation-building requires more than gathering people, possessing land, or declaring independence. It is about having the infrastructure in place to sustain God’s blessing. To accomplish such a great undertaking, God began building His first nation four thousand years ago from the ground up. Nation-building takes time.

While all the patriarchs had their part to play in God’s unfolding plan, God’s purposes are most clearly stated in two key promises made to Abraham:

“Now the Lord said to Abram, “Go from your country and your kindred and your father’s house to the land that I will show you. 2 And I will make of you a great nation, and I will bless you and make your name great, so that you will be a blessing. 3 I will bless those who bless you, and him who dishonors you I will curse, and in you all the families of the earth shall be blessed.” (Gen. 12:1-3)

Jesus and the Church have the same goal, but we have been given two very different parts to play. The mistake we keep making is expecting the church’s role to look exactly like Jesus’ role. Jesus was Phase One of the transition into the Kingdom work of Reformation, adding what was missing from Israel’s stability: Himself and His Kingdom.

The Gospel of the Kingdom is for all nations. But Jesus didn’t go to all nations. He went to only one. When questioned about serving those who were not of the nation of Israel, Jesus responded, “I was only sent to the lost sheep of the house of Israel.” (Matt. 15:24)

Jesus wasn’t sent to the nations. But Jesus told His disciples, “And you shall receive power when the Holy Spirit comes upon you, and you shall be My witnesses in Jerusalem, in Judea, in Samaria, and to the ends of the earth.” (Acts 1:8)

Christ did not come to have influence with the kings of His day, but to be crucified by them. That assignment He has given to us. When Jesus was told that even Greeks were now seeking Him, He knew it was time to bow out. In just over three years, He had fulfilled His mission to pay the price for the sins of mankind, and to birth the church for Phase Two: the preaching of the Kingdom to all the Kings of the earth.

For thousands of years, God focused on Israel. If a nation wanted to be blessed, it would have to bless Israel. Now, for the first time, the Gospel of the Kingdom would go out from Jerusalem to every nation. Jerusalem had become the birthplace of reformation for the world.

When Christ ascended, everything shifted. He gave gifts to men. While all the gifts are needed in the church, apostles are key to what God intends to do. The reason there were no apostles in the Old Testament is because of two reasons: first, because Christ had not yet ascended and given those gifts to men; but secondly, because God had no need for apostles. Everything God was doing under the Old Covenant was about building the first stable nation under Him. Israel was God’s prototype for a blessed nation. Everything God is doing in the New Covenant is about exporting that blessing to all other nations who would receive Him and His ways. The chief export of the New Testament church is reformation.

Reformation is the restorative transformation that takes place when the Kingdom of God influences every sector of society. It is the byproduct, not of revival, but of discipleship; of teaching God’s ways so that you get God’s results. This is called training in righteousness.

The reformation of nations is apostolic, and can only be led by apostles. Each gift has its own lens, and each lens determines its own priorities, but only an apostle’s chief priority can get us there. Jesus’ value system was articulated in the message He preached: “Repent [Change the way you think] for the Kingdom of God is at hand.” In other words, Jesus wasn’t just concerned with souls, He was concerned with the Kingdom.

To produce reformation in society, we must change the priorities of our work, and adopt the overarching apostolic value system, which includes the soul of the individual in part, without seeing it as the whole. We need an apostolic theology and approach if we are to create reformation, because the apostle’s role is to make earth look like heaven. That is Phase Two.

Reformation cannot be attained by charismatic means alone. It will take more than spiritual gifts, repentance, and power evangelism to change a city or nation. A city, much like a child, always eventually defaults to its training.

The saving of souls is a part of the Kingdom. But anything less than the Kingdom is a partial Gospel. The faith we now call Christianity used to build nations. But now it has been reduced to a mere shell of its former self. It’s time for an apostolic movement that isn’t centered around church services, but nations. 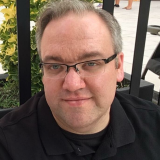